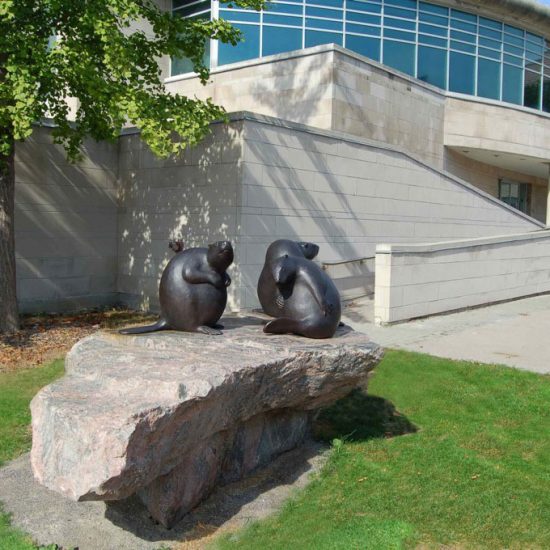 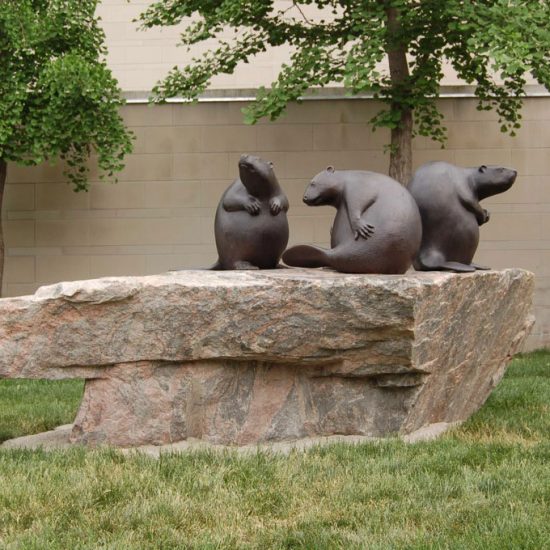 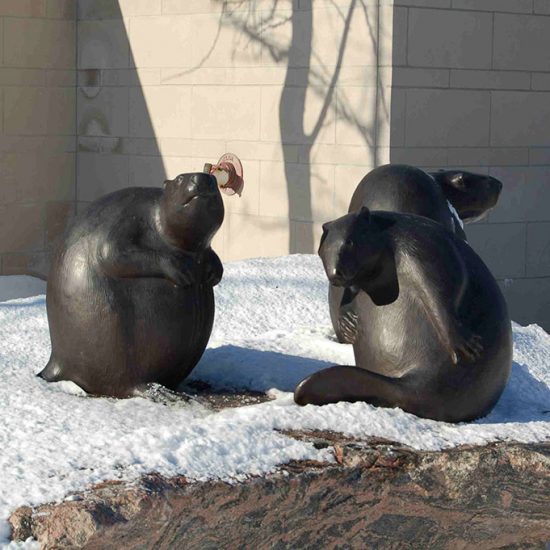 Mary Anne Barkhouse is a nationally acclaimed artist. She belongs to the Nimpkish band, Kwakiutl First Nation and currently lives in the Haliburton Highlands of Ontario. Her work examines environmental concerns and indigenous culture through the use of animal imagery—wolves, ravens, moose and beaver are juxtaposed against a diversity of background situations.

Unveiled in 2007, Grace was commissioned by the RMG. It features three beavers, sitting on a piece of Canadian Shield granite, the top of which is highly polished. The sculpture is named Grace after Italian sculptor Antonio Canova’s The Three Graces, depicting three svelte goddesses, Beauty, Mirth and Good Cheer.

On land, the beaver is anything but graceful, but in the water and in its energy and efficiency, it’s a different story. Beavers are capable of reinventing their territory and the surrounding landscape through hard work. By placing Grace on a piece of the Canadian Shield, Barkhouse places them as valuable players in the ecosystem of the boreal forest and survivors of the European Fashion industry.