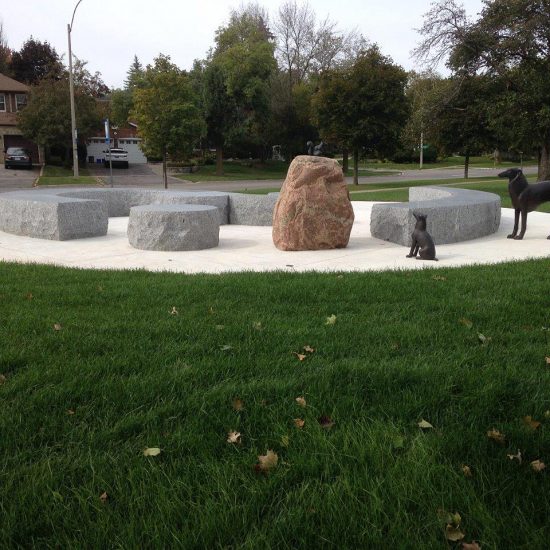 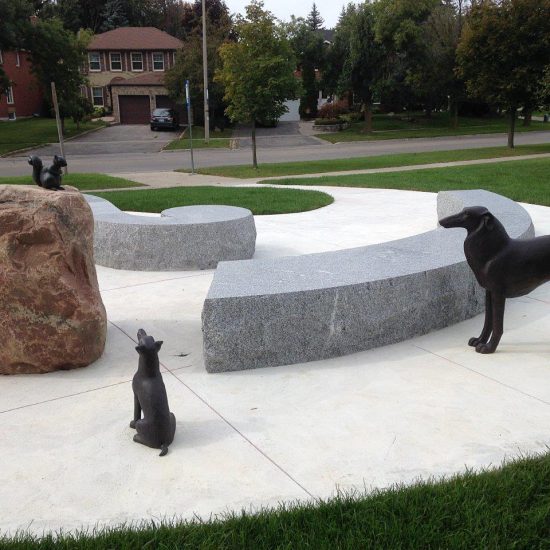 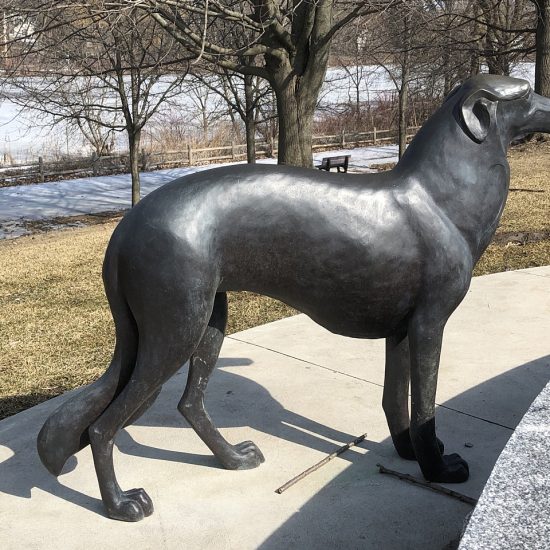 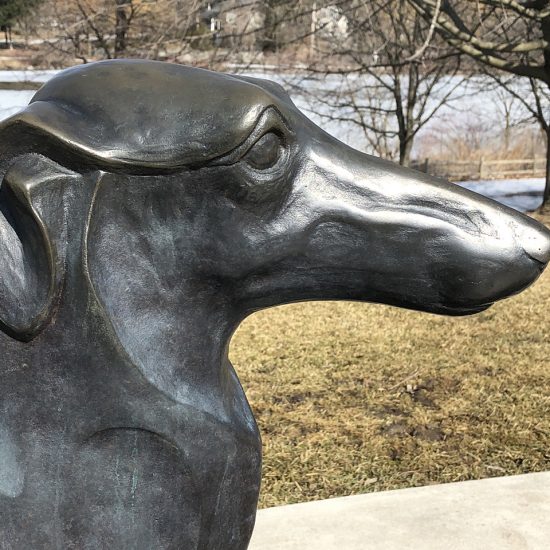 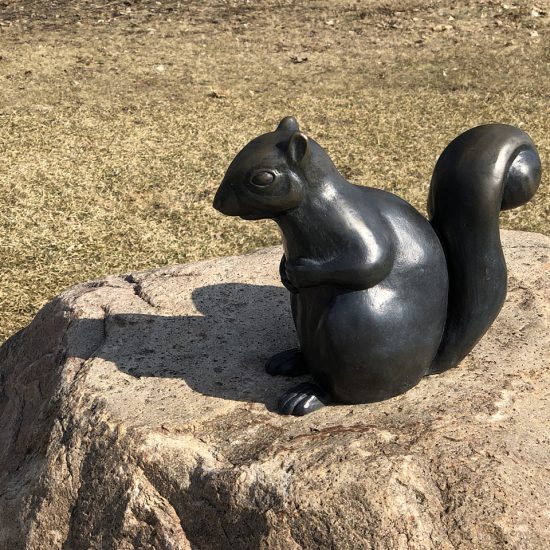 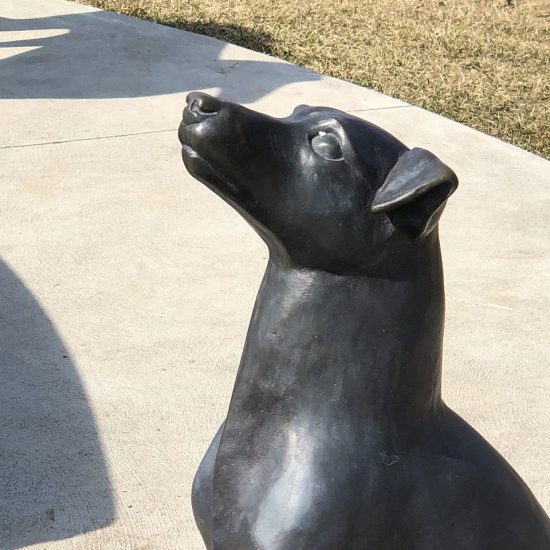 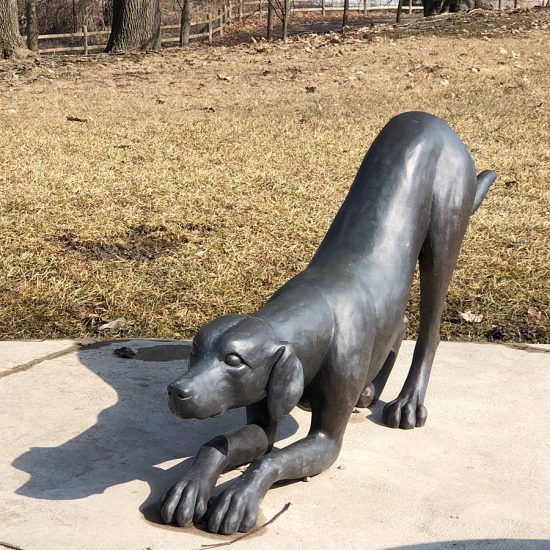 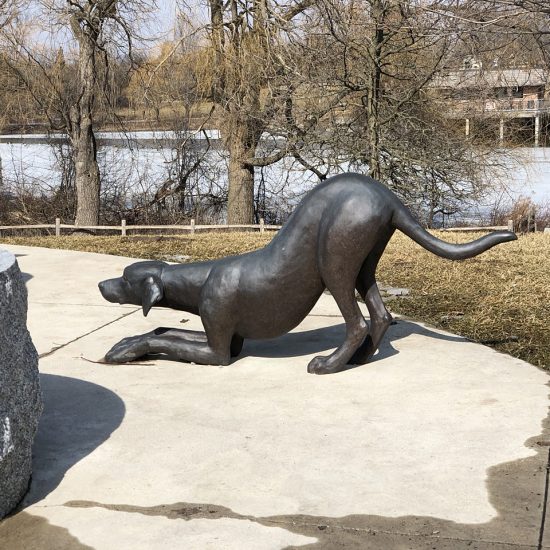 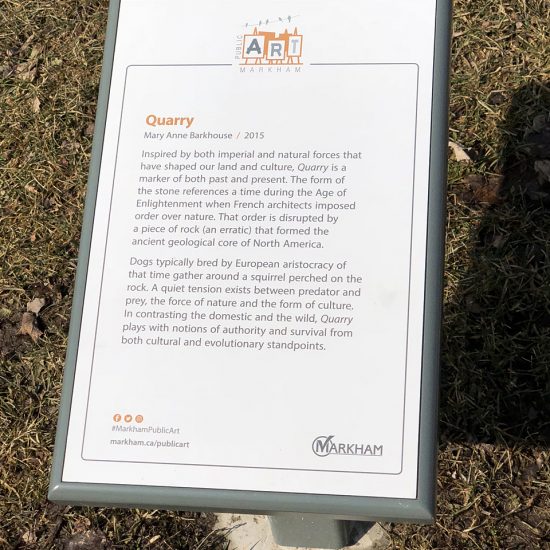 From the City of Markham:

Mary Anne Barkhouse examines contemporary issues from an indigenous and ecological vantage point. She is interested in relations between plant, animal and human life and how these change over time. The ideas embodied in her animals become metaphors for both human and natural history, acknowledging our abilities as an adaptable species, with the capacity to create new progressive societies and opportunities.

Inspired by both imperial and natural forces that have shaped our land and culture, Quarry is a marker of both past and present. The form of the stone references a time during the Age of Enlightenment when French architects imposed order over nature. That order is disrupted by a piece of rock (an erratic) that formed the ancient geological core of North America. Dogs typically bred by European aristocracy of that time gather around a squirrel perched on the rock. A quiet tension exists between predator and prey, the force of nature and the form of culture. In contrasting the domestic and the wild, Quarry plays with notions of authority and survival from both cultural and evolutionary standpoints.