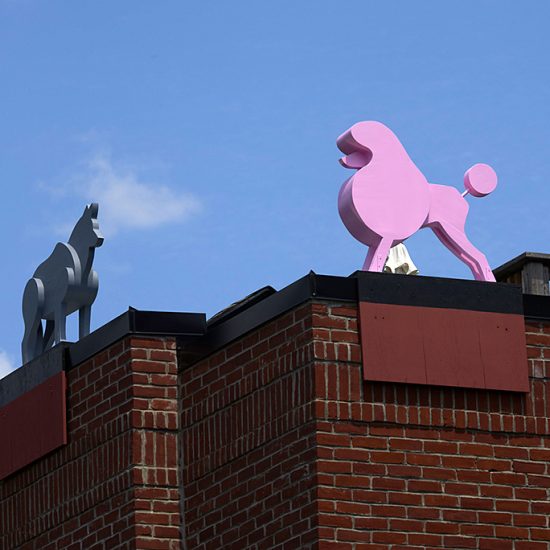 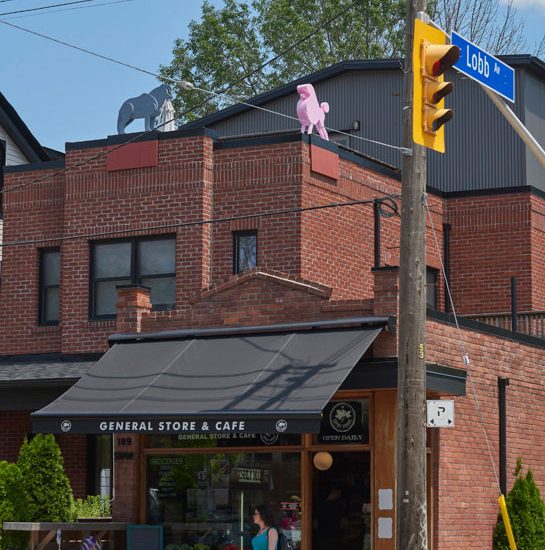 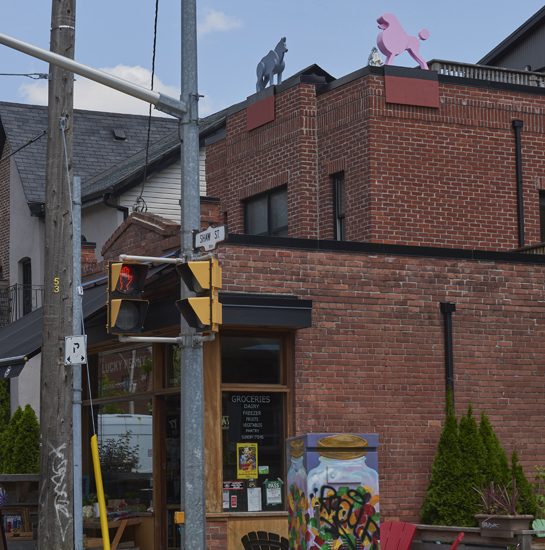 From the Koffler Gallery:

Barkhouse’s outdoor sculpture 99.96% can be found on the rooftop of The Lucky Penny General Store and Café on Shaw Street, across from the Koffler Gallery and Artscape Youngplace. One block west of Trinity Bellwoods Park, the Koffler Gallery is at the epicentre of hip in its proximity to the park, with its popular off-leash dog pit in the scooped out bowl of what was once part of the riverbed for Garrison Creek. Dogs of every possible breed run free there, tended by the coffee sipping, bearded inhabitants of downtown Toronto. Up on the roof, two wooden cut-out animals come face to face: a domesticated, genetically modified and well-fed Standard poodle – an escapee from the park? – and a lean and hungry coyote, perhaps one that has wandered westward from the ravine. What do they reckon as they sniff each other? The pink poodle’s scent of soap and bacon snacks both repels and attracts the coyote, leaving it confused. The poodle, while sensing a threat, struggles to recognize a long lost memory buried in the coyote’s muggy scent. While coyotes are not related to wolves, the contemporary dog shares 99.96% of wolf DNA. The standoff on the roof represents the need for survival and adaptability – for both humans and animals – as well as the ideological distance between belief systems of the colonial settlers governing Canada and the land’s original inhabitants.

(IMAGES: Courtesy of the Koffler Gallery)