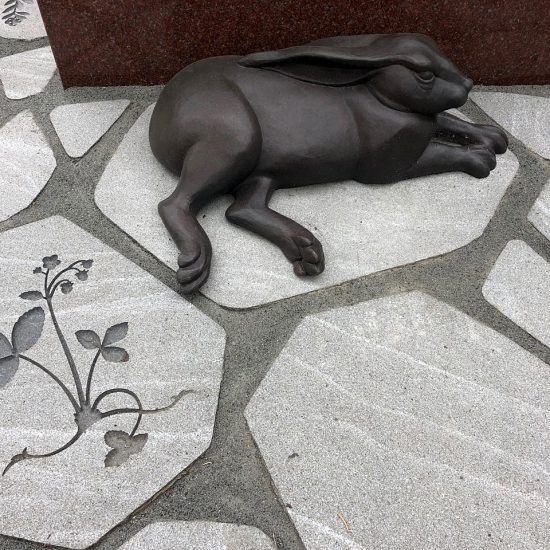 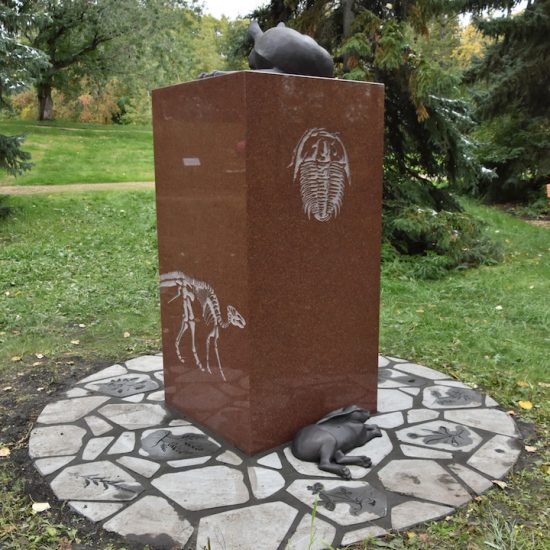 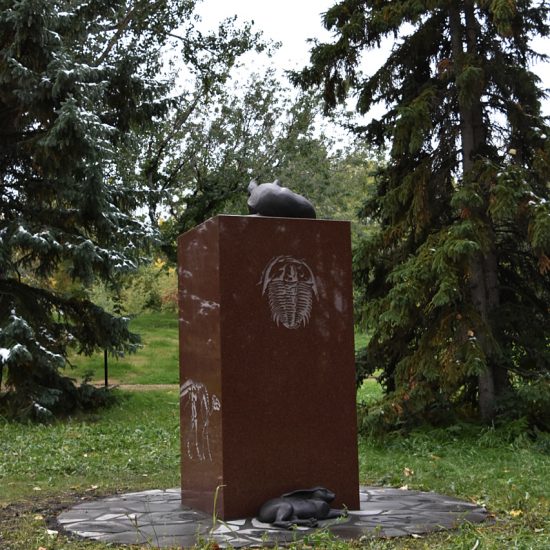 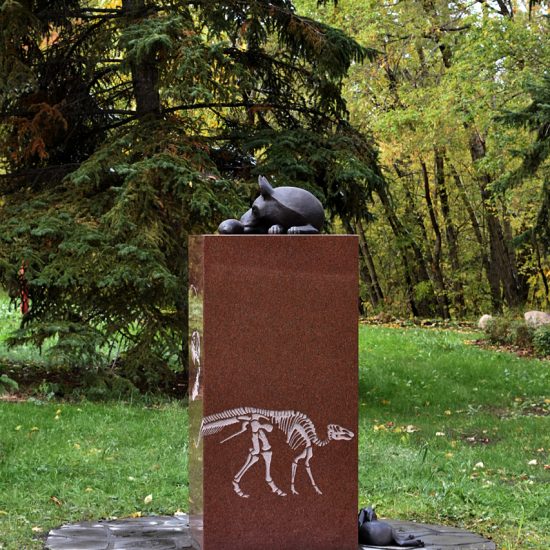 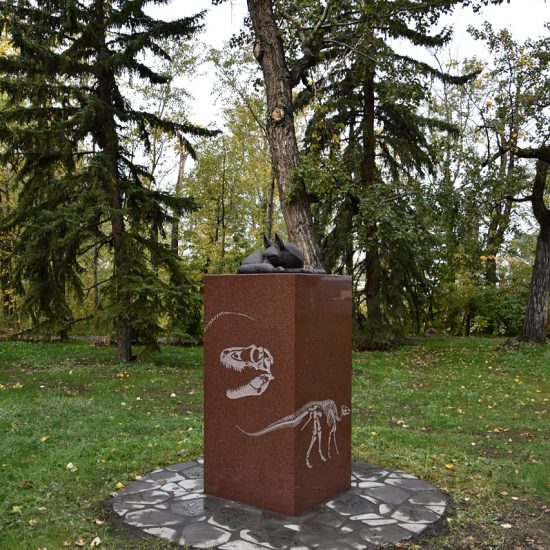 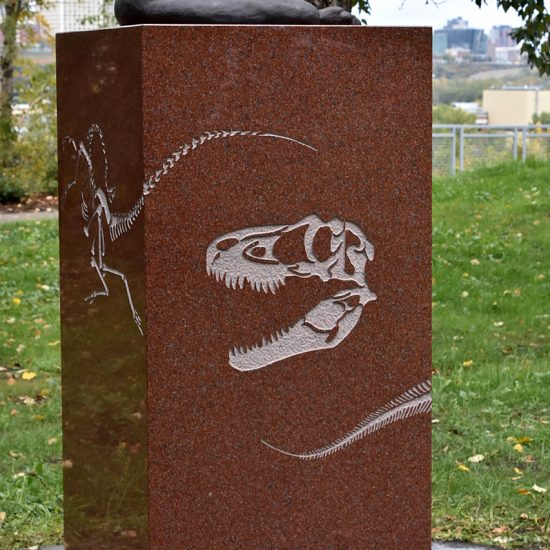 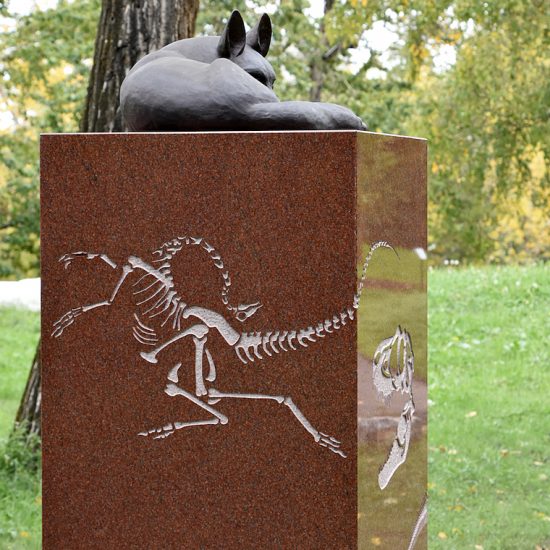 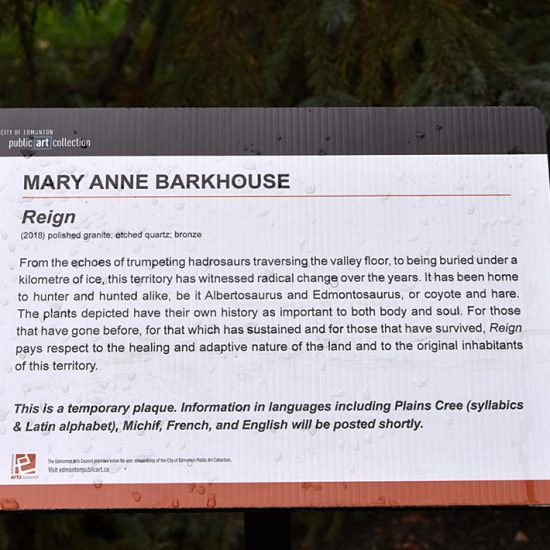 From the echoes of trumpeting hadrosaurs traversing the valley floor to being buried under a kilometre of ice, this territory has witnessed radical change over the years. It has been home to hunter and hunted alike, be it Albertosaurus and Edmontosaurus, or coyote and hare. The plants depicted have their own history as important to both body and soul. For those that have gone before, for that which has sustained and for those that have survived, Reign pays respect to the healing and adaptive nature of the land and to the original inhabitants of this territory.

ᐄᓃᐤ (ÎNÎW) River Lot 11∞ Indigenous Art Park is the result of more than six years of collaborative work between Edmonton’s Indigenous communities, the City of Edmonton, and Edmonton Arts Council. Placed within the historic Queen Elizabeth Park, the six artworks, by contemporary Canadian Indigenous artists express the stories of “this place” – Edmonton’s river valley, which has been a gathering place for peoples of many nations for millennia.

“Projects like ᐄᓃᐤ(ÎNÎW) River Lot 11∞ are important signposts in our collective journey toward reconciliation,” says Sanjay Shahani, Executive Director of the Edmonton Arts Council. “Artists have always been in the vanguard of profound social change. These six artists have not only inscribed an indelible mark on our city’s landscape but also made a significant contribution to this conversation.”

More from the Edmonton Arts Council:

The City of Edmonton, Confederacy of Treaty Six First Nations, Métis Nation of Alberta, Edmonton Arts Council and Indigenous artists and community members have partnered since 2013 to develop an Indigenous Art Park that will permanently exhibit Indigenous artworks.

ᐄᓃᐤ (ÎNÎW),pronounced (EE-NU) is a Cree word meaning “I am of the Earth.” The Art Park is situated on ancestral lands of the Indigenous peoples whose descendants entered into Treaty with the British Crown resulting in the territory opening for settlement. River Lot 11 acknowledges the historic river lot originally home to Métis landowner Joseph McDonald. The park is located within Queen Elizabeth Park in Edmonton’s North Saskatchewan River Valley.