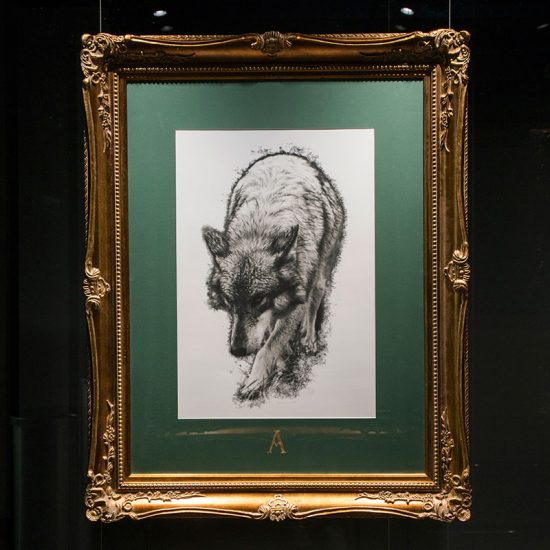 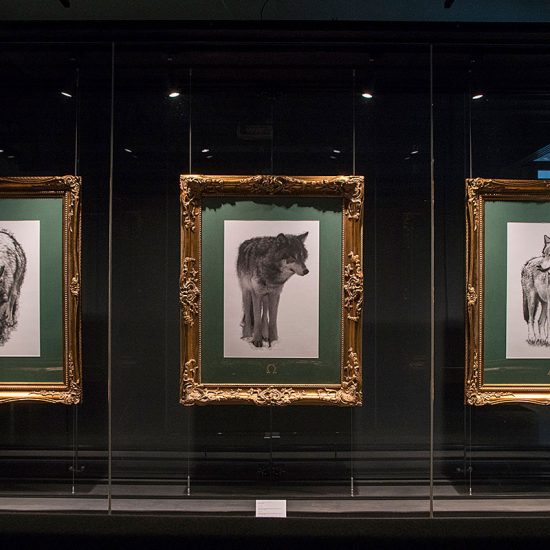 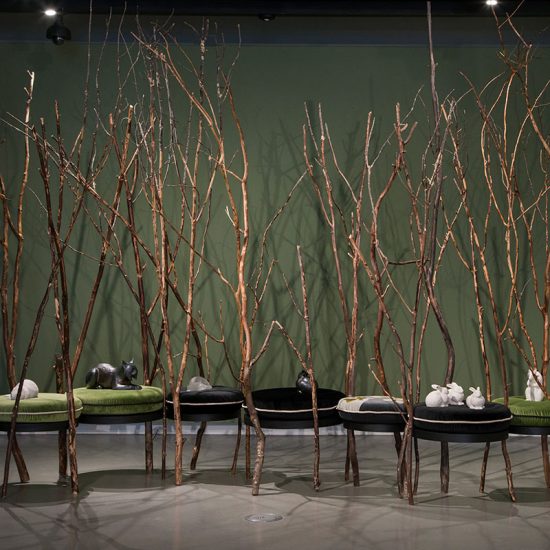 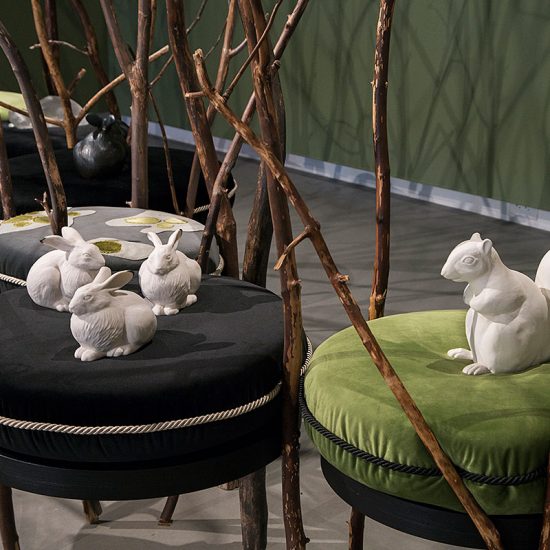 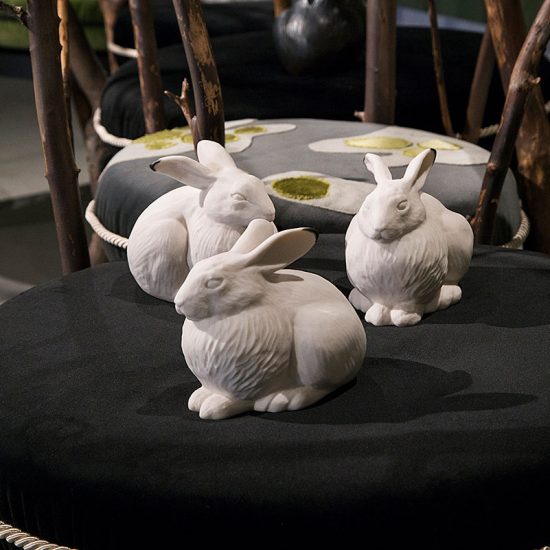 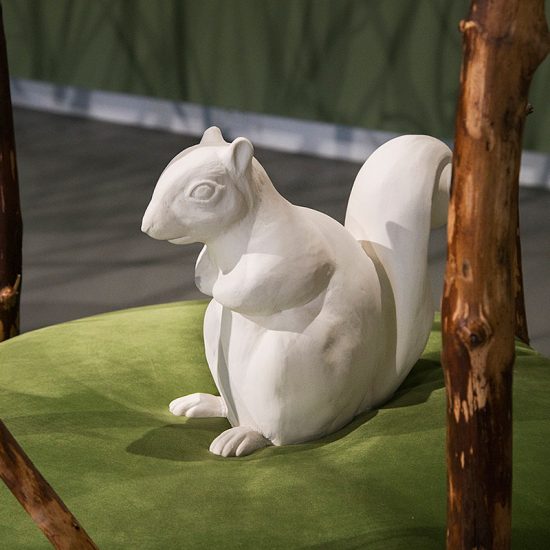 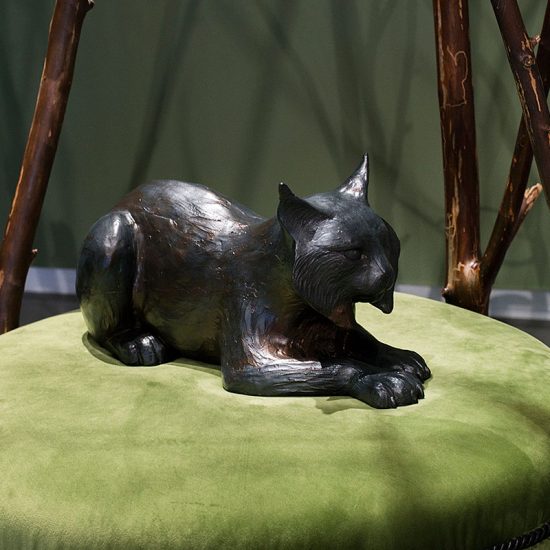 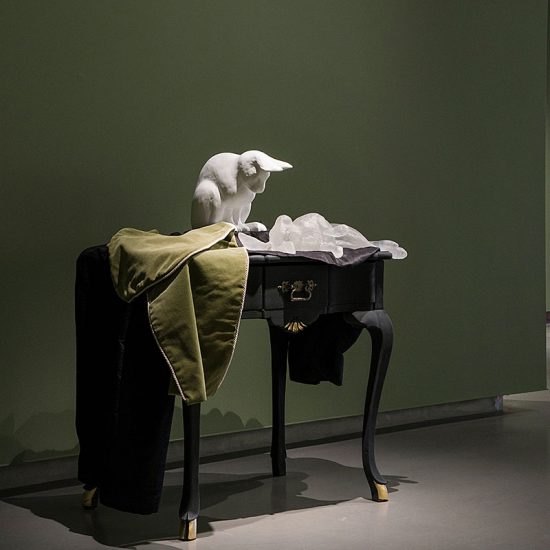 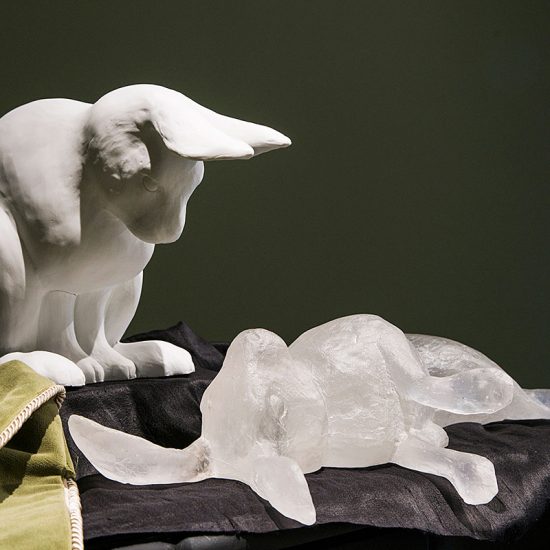 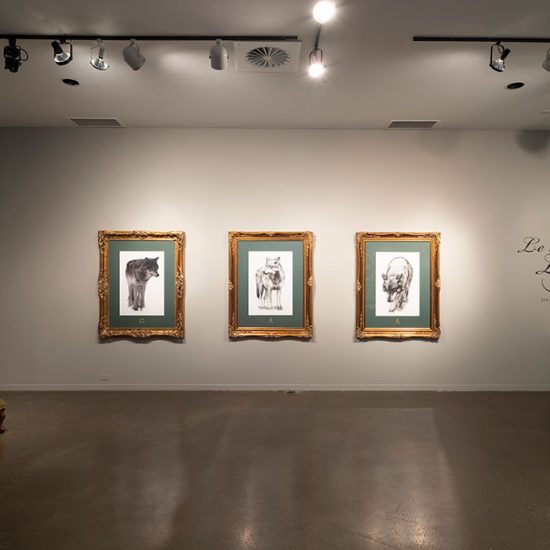 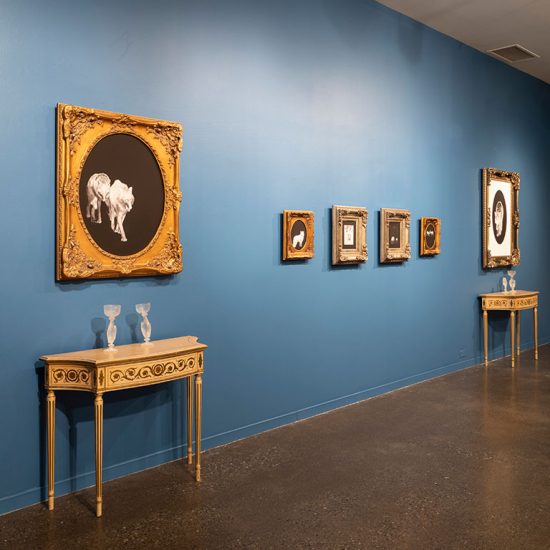 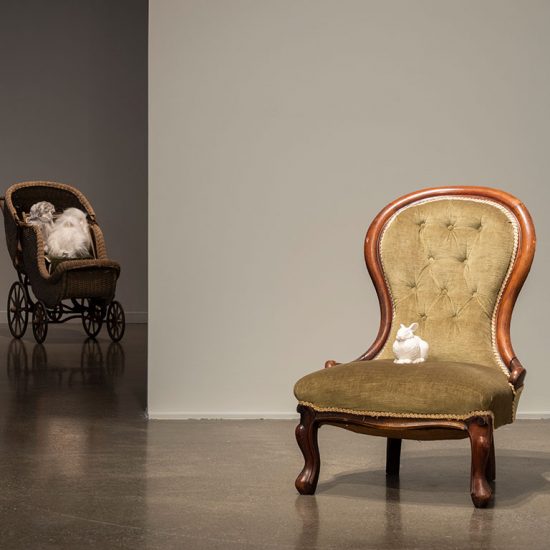 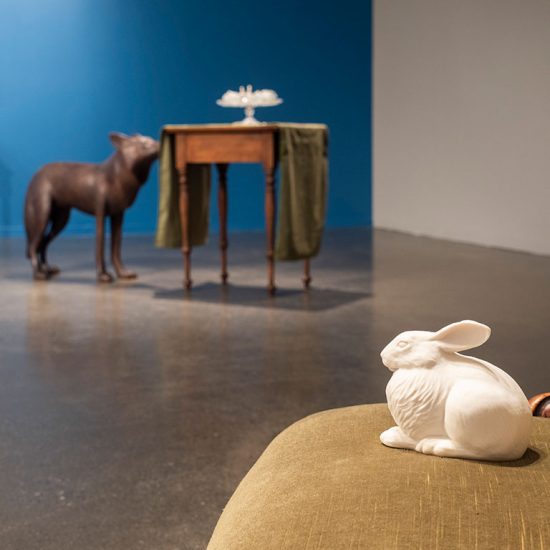 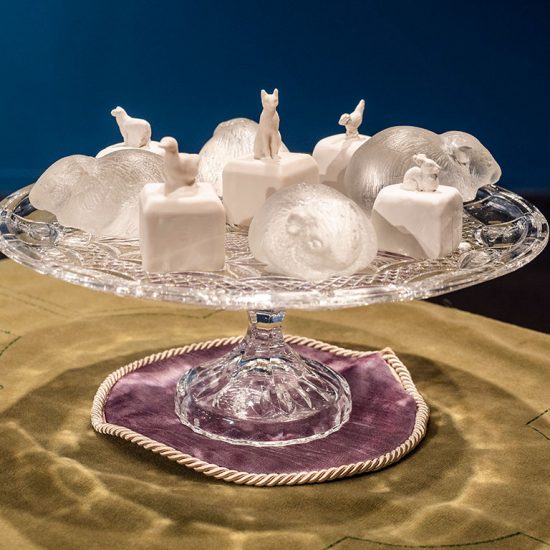 Le rêve aux loups was exhibited at Foreman Art Gallery, at Bishop’s University (Sherbrooke, Québec) in an abbreviated iteration in 2018.

Also, some of the works included here, where noted, were part of the group exhibition, How to breathe forever, at the Ontario College of Art & Design University’s (OCADU) Onsite Gallery as well as part of the touring exhibition Le rêve aux loups at the Koffler Gallery in Toronto (view installation) and the Esker Foundation in Calgary (view installation).

In her practice, Mary Anne Barkhouse engages deeply with the intertwined issues of the environment and Indigenous peoples of the boreal forest, evoking the influence of empire on the many wild animal inhabitants of Canada. The works in Le rêve aux loups reflect on the mistaken colonial interpretation of the natural world as a resource for human exploitation rather than an ecosystem with its own intrinsic value, and of land as a commodity rather than a shared resource. Barkhouse has a bi-coastal heritage, with her Kwakiutl grandfather, fisherman, logger and carpenter, on the one hand and her sixth-generation German settler grandfather, a farmer in Nova Scotia, on the other. Spending every other summer with each grandfather, she learned of the important connection between land stewardship and individual and communal conduct. On her mother’s side, Barkhouse comes from a long line of highly regarded West Coast Kwakiutl totem pole carvers. The works of Charlie James, Mungo Martin and Ellen Neel are in the collections of the Canadian Museum of History in Gatineau, the Museum of Anthropology in Vancouver and many others.