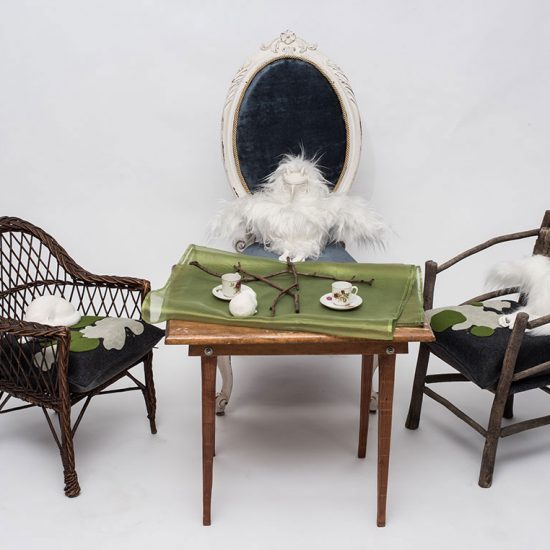 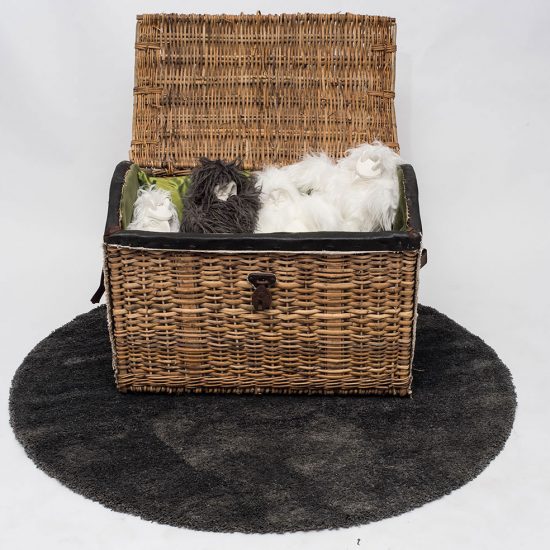 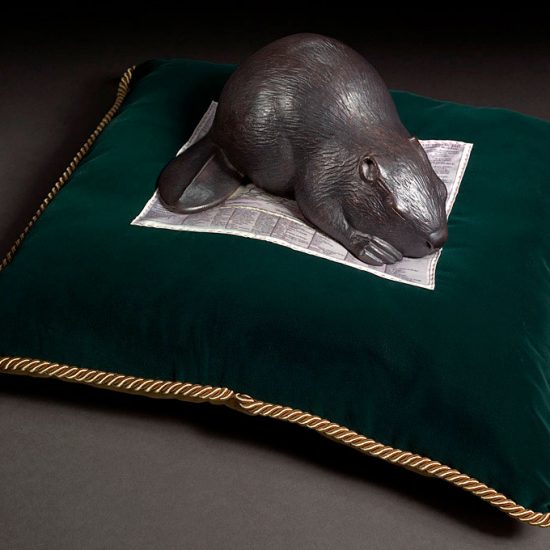 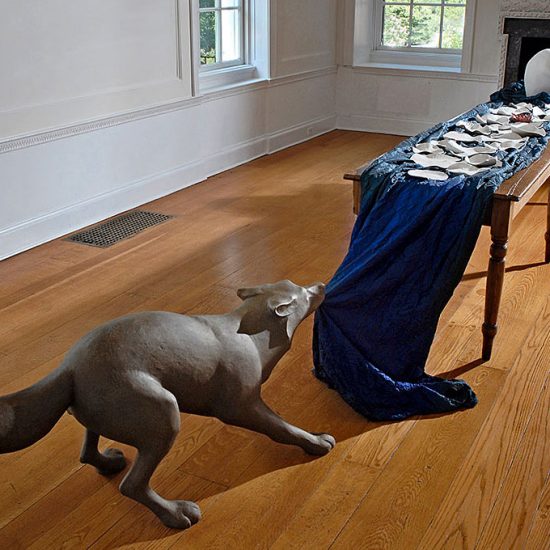 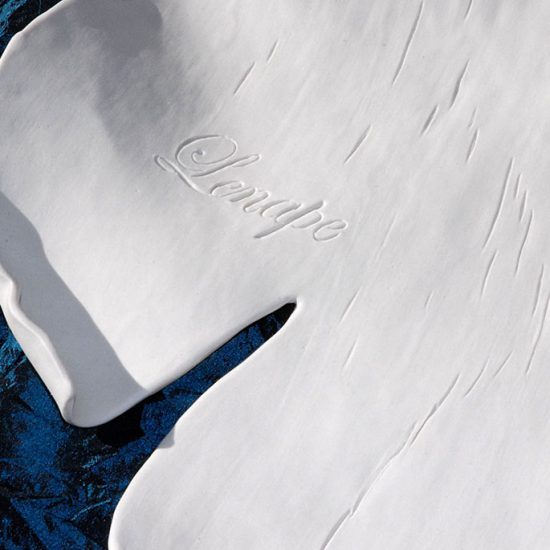 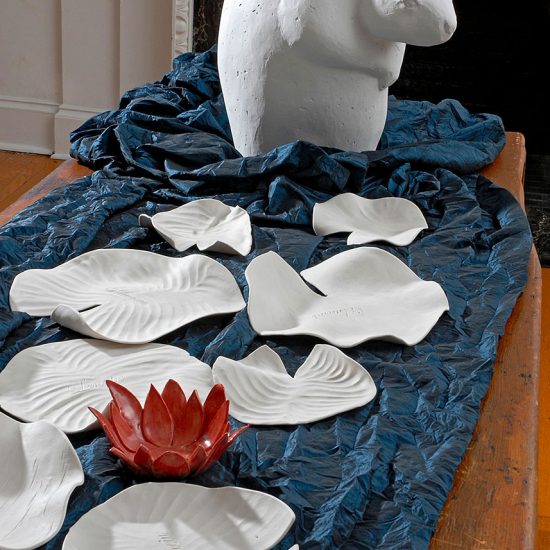 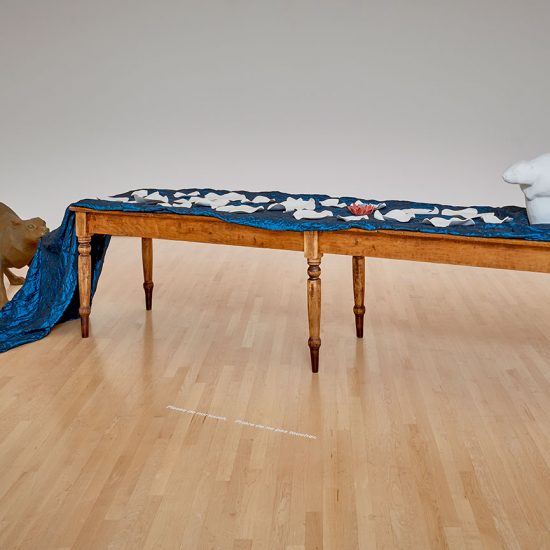 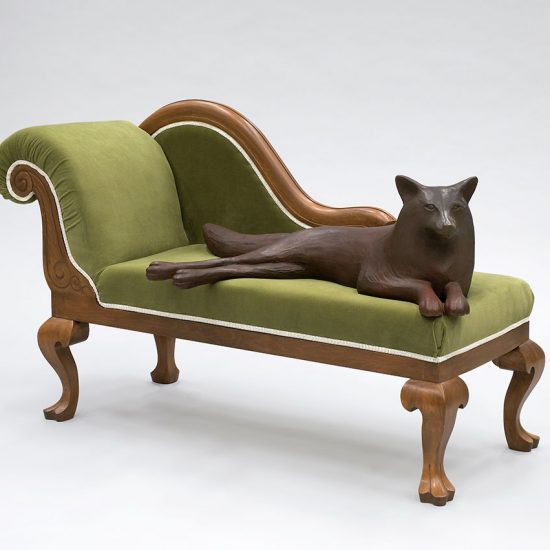 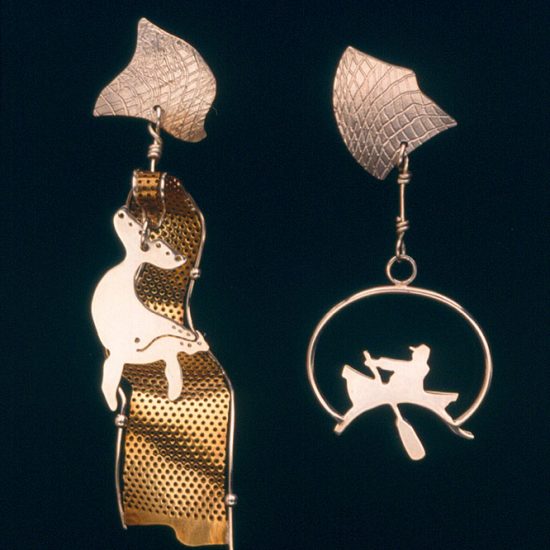 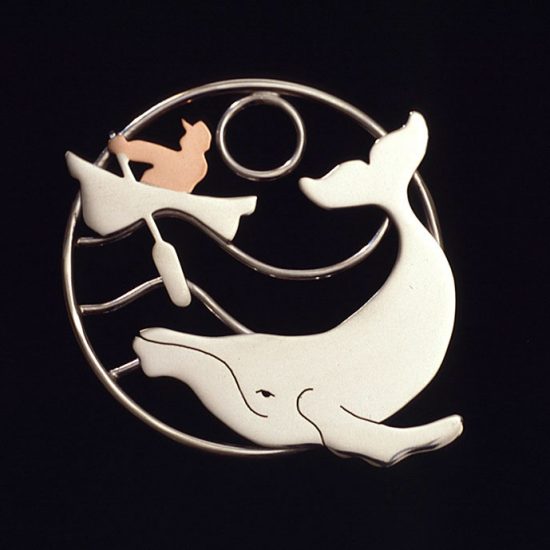 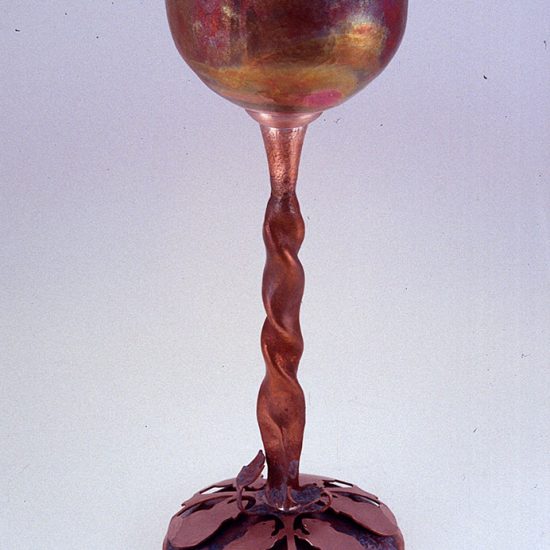 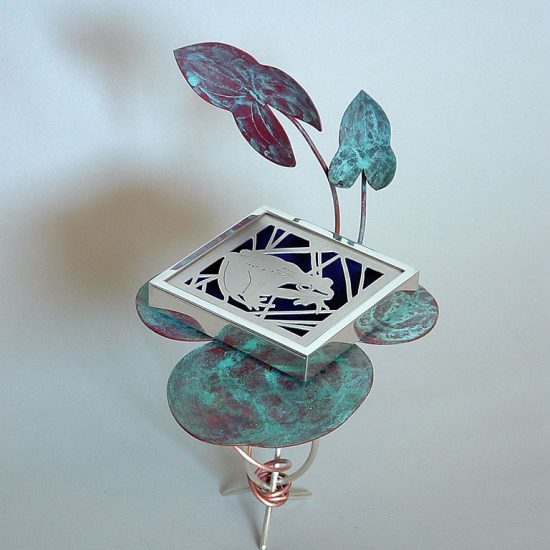 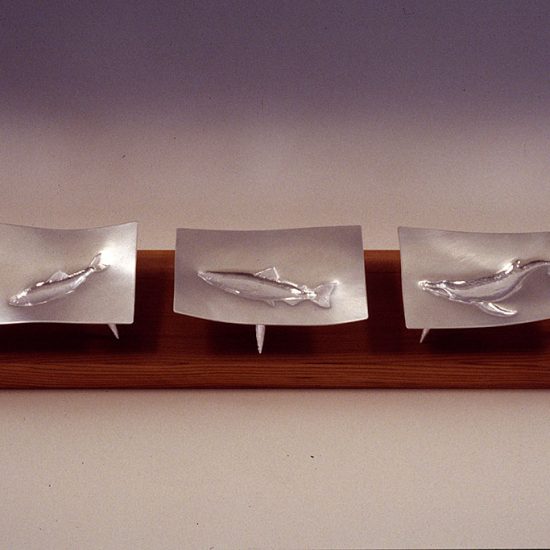 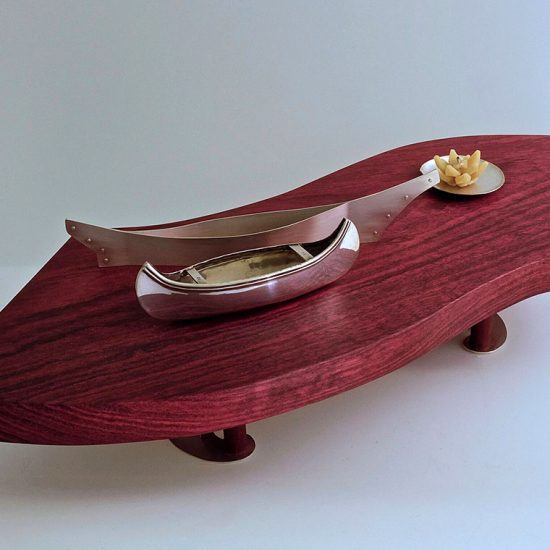 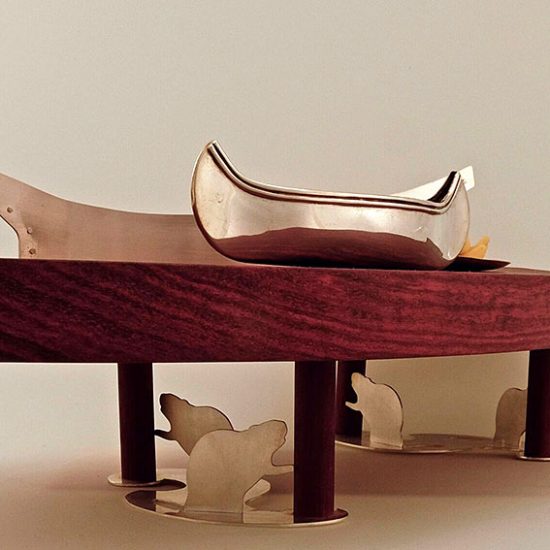 Harvest was created to reflect on the history of the Hudson River in New York from an aboriginal perspective, but the premise could easily extend to other situations. Once the site of vast oyster beds and plentiful fur-bearing animals, the Hudson quickly became environmentally devastated as a result of European market forces. Recent rejuvenation of both flora and fauna has occurred due to concerted conservation efforts on the part of humans and the resilient nature of some native species. But restoration is far from complete, and the beaver and coyote that appear in Harvest are reminders of the lingering effects of ideologies such as Manifest Destiny.

Fashion as perishable item backgrounds this modest tableau … and who has experienced more of the fickle nature of this externally driven market than the beaver?  In 1858 Sir Daniel Wilson wrote, “… the same reasons that confer an interest on the evidences of the extinction of species … render the beaver of the Old and the New World worthy of special notice, as destined seemingly, like the Aboriginal Indian of this continent, to pass away from the record of living nature.” As history has shown, both beavers and “Aboriginal Indians” have persevered. Situated upon a velvet pillow featuring a map circa 1600 depicting  fur trade posts in territory now known as Ontario, a beaver rests … resilient, yet unaware of the complexities of human commerce.

More information on the silver works can be found on the University of British Columbia’s Museum of Anthropology’s website and digital publication Old Punk Rockers Never Die, They Just Do Installation Art.